Morning Activity: Meet at the Eiffel Tower. We will collectively analyze and discuss images from “Du Bois Albums of Photographs of African Americans in Georgia Exhibited at the Paris Exposition Universelle in 1900” and “Double Consciousness” excerpt from Souls of Black Folk  (below) as they relate to World Fair architecture. Be prepared to share the photographs that you selected in your blog post the night before and to discuss them in-depth. Also be prepared to possibly revise your previous blog post based off of our conversation.

Small Group Afternoon Activity Option #1: Meet at the Bois de Vincennes for discussion of World’s Fairs in Paris. At this site, you will study the architectural remnants and gardens of the Paris Colonial Exhibition (1931), a monument for black soldiers that died for France, a colonial troops monument, the ruins of the Congo pavilion, and the new Indochina Pavilion.

Small Group Afternoon Activity Option #2: Meet at the Great Mosque of Paris (open 2PM to 6PM only). For this activity, please dress modestly.

‘Of Our Spiritual Strivings’ 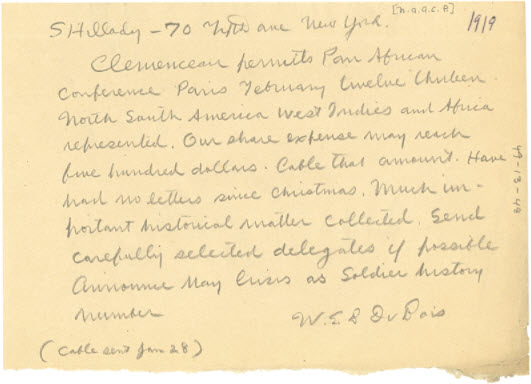