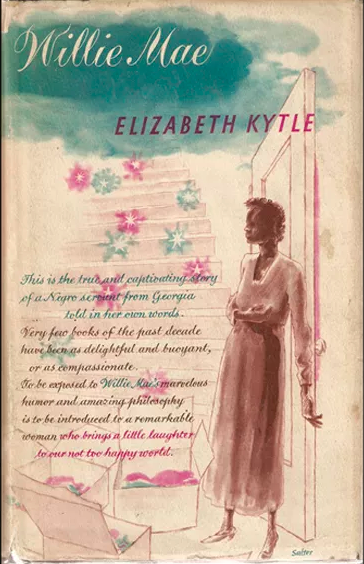 Background:  In 1958, Elizabeth Kytle published Willie Mae, a memoir compiled from her many interviews with Willie Mae Cartwright, an African American domestic servant who had lived most of her life in Georgia.  It was one of the first books that brought the problems of ordinary African American women to a national audience.  Wright’s account resonated with both white and black audiences because she painted a complex picture of the South, one filled with some employers that she loved and others that she did not fail to criticize for their treatment of her and others.  The book remains valuable as a window into the daily lives of the black working class who for many reasons, including illiteracy, were often hidden from public view.  In this excerpt, she discusses the recent shooting of her cousin for voting in an election and her decision to leave George as a result.

“Things have come to a mighty sorry pass when here I am, at my age and in my condition, packing up every Lord’s thing I own and fixing to leave Georgia for good and all. It always has been a hard row to hoe for colored folks… I thought things might get better, but now I know different. I’m solidly fed up.  I don’t want nothing belongs to white folks. But I’ve plumb got a bellyful of the biggest portion of them treating us the way they do. Get on the bus, and nine times out of ten the driver looks at you like a snake done crawled on his bus…and people already on the bus shrinking away while you try to get to the back, looking like they’d sooner be in hell with both legs broke than you have as much brush up against them.  Which you wouldn’t have to be pushing back to the back if the law didn’t make you ride there.  And people where you work at telling you it’s perfectly all right for you to use their only toilet, just be real sure you lift the seat up first… but now they’ve done gone too far… [trying] to scare colored folks out of voting. Fiery crosses in Jeffersonville and other places the night before the election… [they] shot and killed my Cousin Walter down in Montgomery County because he did go and vote…. When he went to the voting-place they told him he had a right to vote but if he was smart he wouldn’t. He did though, and that night these two young white men come down to his house and shot him to death.  They went free, of course. Oh, they had a trial, but I know how much that meant. They said they shot him in self-defense…. They shot him three times, on his own porch and with his wife and children looking on. This puts the tassel on the cap.” 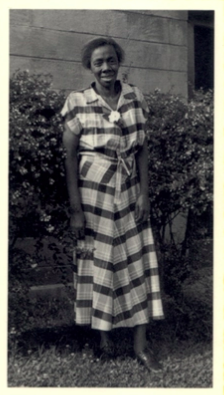 My name is Bill Carrigan, and I am a professor of history at Rowan University.  Today, I want to speak to you about an excerpt from a memoir by an African American domestic servant named Willie Mae Cartwright and how the story of this memoir contributes to our understanding of the origins of the Civil Rights Movement.  One of the fascinating questions about the Civil Rights Movement is “when did it begin”?  Was there a “long” civil rights struggle that began much earlier or a relatively short burst of activism in the 1950s and 1960s?  Many historians prefer the term “Black Freedom Struggle” and note that African American resistance began as soon as slaves arrived from Africa in the United States and has continued with only small variations to the present.  Others argue that the struggle began after the Civil War.  Some argue that it began during the Reconstruction era with the passage of key constitutional amendments that provided key protections for former slaves.  The movement, they argue, was the long, slow struggle to enforce those amendments throughout the nation.  Others point to other key moments in the early 20th century such as the founding of the National Association for the Advancement of Colored People in 1909 or the rise of anti-lynching activism in the 1930s.  Yet, some historians still argue the traditional perspective that that there was something different about the demands for civil rights that erupted after World War II, and they often point to the Supreme Court’s Brown v. Board of Education decision of 1954 and the Montgomery Bus Boycott of 1955 as the two key starting points for the modern Civil Rights Movement.  How does this excerpt from Willie Mae Cartwright help us better understand this question?  For me, there are two important elements.  First, no matter how important federal institutions like the Supreme Court and Congress were and no matter how important individual leaders like Martin Luther King, Jr. were, the Civil Rights Movement required thousands of ordinary people who had decided they were willing to brave the consequences of challenging white supremacy.  There was great personal risk for men like King, but there was real danger for women like Willie Mae Cartwright whose livelihood depended upon white employers.  This excerpt, which shows that a tipping point had been reached in enduring determination, seems typical to me of the thoughts of many African Americans in the 1950s.  The second point to revolves around the fact that Willie Mae Cartwright had help in writing and publishing this memoir.  Elizabeth Kytle, one of the author’s employers, was essential to the memoir’s publication.  That she was so inclined to do so, and that she found a willing publisher, certainly matters.  Both things were far more likely in the 1950s than they would have been a generation earlier.  In fact, I think one way to argue that the modern Civil Rights Movement “began” in the 1950s is not to emphasize any change on the part of African American protesters, though many like the author may have reached a tipping point, but to emphasize that whites in the United States, became more open and sympathetic to the plight of African Americans than ever before.  In other words, to understand the acceleration of the civil rights struggle in the 1950s one might look at the intersection of renewed and continued African American resistance with growing doubts among some whites about the treatment of people like Willie Mae Cartwright.  Indeed, I think that the publication of Willie Mae by Elizabeth Kytle in 1958 is both a reflection of, and a spur to, these twin developments.

Want more of “The Show Must Go On” series? Click below to view other lessons.

Jacob Remes on the Salem Fire of 1914

Karen L. Cox on Protesting Black Stereotypes at the Movies: The Case of “Gone with the Wind”

Felicia Angeja Viator on “To Live and Defy in LA: How Gangsta Rap Changed America” and “The Batterram”

Davarian L. Baldwin on The Great Migration: The Meaning Behind the Movement

Daniel Immerwahr on “Star Wars” and the Vietnam War