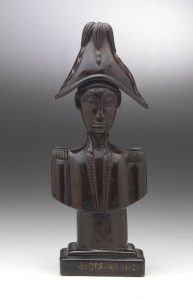 Stylized head-and-shoulders bust of Jean-Jacques Dessalines, first Emperor of Haiti (1804–06). The sitter is shown facing forward in a military style uniform, with epaulettes and wearing a transverse bicorn hat with three plumes, apparently over an underlying skull-cap. The socle, or base, consists of a wooden column of oval section, carved as part of the figure, on a two-step rectangular base which is inscribed on the front face ‘J. J. DESSALINE’. Dessalines was born a slave in French St Domingue (Haiti) on 20 September 1758. In 1791 he became part of the freedom movement that led to the abolition of slavery in Haiti in 1793 and was lieutenant to Toussaint L’Ouverture against British and Spanish attempts to take the Haitian colony from France. Read more at http://collections.rmg.co.uk/collections/objects/254418.html#jsTTljzpKCgYaeFG.99 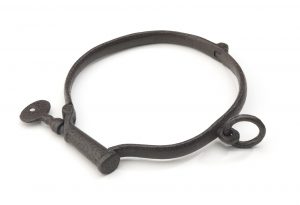 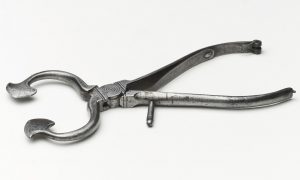 Steel sugar nippers with opposed blades to crack the sugar loaf, circa 1800. In the 18th century people did not buy sugar as granules or lumps as we do today. Instead, it came in large cone shapes, wrapped in paper, called sugar-loaves. These were made from sugar grown on plantations in the Americas. Sugar nippers like these were used for cutting off small pieces from sugar-loaves for domestic use. Part of the Michael Graham-Stewart slavery collection. Read more at http://collections.rmg.co.uk/collections/objects/254426.html#KMmmBxRfCVIIsboh.99 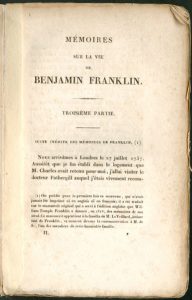 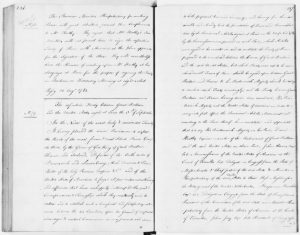 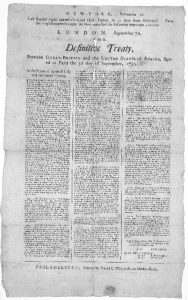 Morning Activity: 10 A.M. Meet outside Shakespeare & Co. Book Store near site of printing of Thomas Paine’s revolutionary treatise Common Sense. Here, we will have a class discussion about our course readings (below). We will then take a walk to Café Procope at 13 Rue de l’Ancienne Comédie, 75006.

Small group activity: In your small groups, you will visit Enlightenment monument sites related to John Adams, Benjamin Franklin, Thomas Jefferson, George Washington, and the Treaty of Paris. You will analyze how these monuments frame American-French relations and public memory as it relates to complex ideas about human rights and freedom in the age of American and French slavery. Many of these individuals owned slaves. Where is there evidence of these slaves’ lives in the landscape? Why does Paris choose to honor these Americans? Take photos and videos on your site. Be prepared to discuss your findings with the entire class when we re-convene.

Group 1: Benjamin Franklin statue in the Square de Yorktown (at the southwest corner of the Place du Trocadéro which is technically a roundabout and site of the Palais de Chaillot) in the 16th and if you have time, check out Franklin’s residence at 62 rue Raynouard.

Group 2: Place des États-Unis statue of George Washington & Lafayette in the 16th and if you have time, check out Franklin’s residence at 62 rue Raynouard.

Group 3: Hotel d’York / Signing of the Treaty of Paris site at 56 Rue Jacob in the 6th

Group 4: Thomas Jefferson Statue at the end of the Pont Leopold-Sedar-Senghor footbridge by the Musee d’Orsay.

Afternoon Activity: Meet in courtyard at Hôtel de Sully for discussion of your small group experiences and representations of the “New World” and Africa in architecture at 3 PM.

The slave who learned to read and write was the first to run away.

“It will probably be asked: Why not retain and incorporate the blacks into the state, and thus save the expence of supplying, by importation of white settlers, the vacancies they will leave? Deep rooted prejudices entertained by the whites; ten thousand recollections, by the blacks, of the injuries they have sustained; new provocations; the real distinctions which nature has made; and many other circumstances, will divide us into parties, and produce convulsions which will probably never end but in the extermination of the one or the other race. — To these objections, which are political, may be added others, which are physical and moral. The first difference which strikes us is that of colour. Whether the black of the negro resides in the reticular membrane between the skin and scarf-skin, or in the scarf-skin itself; whether it proceeds from the colour of the blood, the colour of the bile, or from that of some other secretion, the difference is fixed in nature, and is as real as if its seat and cause were better known to us. And is this difference of no importance? Is it not the foundation of a greater or less share of beauty in the two races? Are not the fine mixtures of red and white, the expressions of every passion by greater or less suffusions of colour in the one, preferable to that eternal monotony, which reigns in the countenances, that immoveable veil of black, which covers all the emotions of the other race?

Add to these, flowing hair, a more elegant symmetry of form, their own judgment in favour of the whites, declared by their preference of them, as uniformly as is the preference of the Oranootan for the black women over those of his own species. The circumstance of superior beauty, is thought worthy attention in the propagation of our horses, dogs, and other domestic animals; why not in that of man? Besides those of colour, figure, and hair, there are other physical distinctions proving a difference of race. They have less hair on the face and body. They secrete less by the kidnies, and more by the glands of the skin, which gives them a very strong and disagreeable odour. This greater degree of transpiration renders them more tolerant of heat, and less so of cold, than the whites. Perhaps too a difference of structure in the pulmonary apparatus, which a late ingenious experimentalist has discovered to be the principal regulator of animal heat, may have disabled them from extricating, in the act of inspiration, so much of that fluid from the outer air, or obliged them in expiration, to part with more of it. They seem to require less sleep. A black, after hard labour through the day, will be induced by the slightest amusements to sit up till midnight, or later, though knowing he must be out with the first dawn of the morning. They are at least as brave, and more adventuresome. But this may perhaps proceed from a want of forethought, which prevents their seeing a danger till it be present. When present, they do not go through it with more coolness or steadiness than the whites.

They are more ardent after their female: but love seems with them to be more an eager desire, than a tender delicate mixture of sentiment and sensation. Their griefs are transient. Those numberless afflictions, which render it doubtful whether heaven has given life to us in mercy or in wrath, are less felt, and sooner forgotten with them. In general, their existence appears to participate more of sensation than reflection. To this must be ascribed their disposition to sleep when abstracted from their diversions, and unemployed in labour. An animal whose body is at rest, and who does not reflect, must be disposed to sleep of course.

Comparing them by their faculties of memory, reason, and imagination, it appears to me, that in memory they are equal to the whites; in reason much inferior, as I think one could scarcely be found capable of tracing and comprehending the investigations of Euclid; and that in imagination they are dull, tasteless, and anomalous. It would be unfair to follow them to Africa for this investigation. We will consider them here, on the same stage with the whites, and where the facts are not apocryphal on which a judgment is to be formed. It will be right to make great allowances for the difference of condition, of education, of conversation, of the sphere in which they move. Many millions of them have been brought to, and born in America.

Most of them indeed have been confined to tillage, to their own homes, and their own society: yet many have been so situated, that they might have availed themselves of the conversation of their masters; many have been brought up to the handicraft arts, and from that circumstance have always been associated with the whites. Some have been liberally educated, and all have lived in countries where the arts and sciences are cultivated to a considerable degree, and have had before their eyes samples of the best works from abroad. The Indians, with no advantages of this kind, will often carve figures on their pipes not destitute of design and merit. They will crayon out an animal, a plant, or a country, so as to prove the existence of a germ in their minds which only wants cultivation. They astonish you with strokes of the most sublime oratory; such as prove their reason and sentiment strong, their imagination glowing and elevated. But never yet could I find that a black had uttered a thought above the level of plain narration; never see even an elementary trait of painting or sculpture. In music they are more generally gifted than the whites with accurate ears for tune and time, and they have been found capable of imagining a small catch. Whether they will be equal to the composition of a more extensive run of melody, or of complicated harmony, is yet to be proved. Misery is often the parent of the most affecting touches in poetry. — Among the blacks is misery enough, God knows, but no poetry. Love is the peculiar oestrum of the poet. Their love is ardent, but it kindles the senses only, not the imagination. Religion indeed has produced a Phyllis Whately; but it could not produce a poet. The compositions published under her name are below the dignity of criticism.”

Phillis Wheatley, On Being Brought From Africa to America (1773)

‘Twas mercy brought me from my Pagan land,
Taught my benighted soul to understand
That there’s a God, that there’s a Saviour too:
Once I redemption neither sought nor knew.
Some view our sable race with scornful eye,
“Their colour is a diabolic die.”
Remember, Christians, Negros, black as Cain,
May be refin’d, and join th’ angelic train.

In your small group, plot and document what you discovered at your enlightenment site using “My Maps” on Google then embed your finished product onto a single blog post you collectively write together. Include the multimedia you captured and at least two primary sources. Collectively write up at least 500 words about what tourists can find and learn at your enlightenment site.