How does the American Civil War look different when you include the West in its history?

Questions to think about while reading:

Building off of our conversation Tuesday about the Gold Rush, this week’s readings focuses on historical complexity. Think about these questions as you look at our primary sources.

Chinese Exclusion: A Legislative History of the U.S. Congress 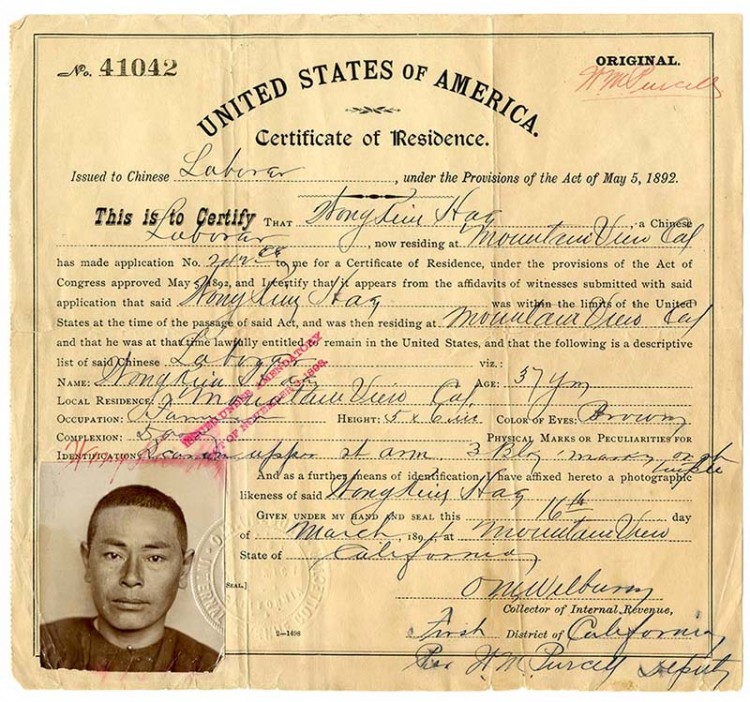 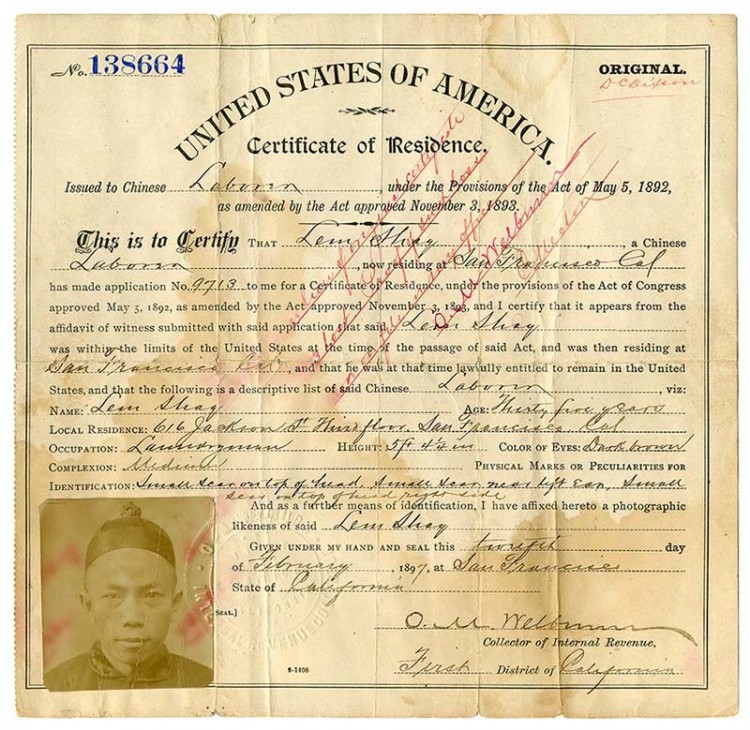 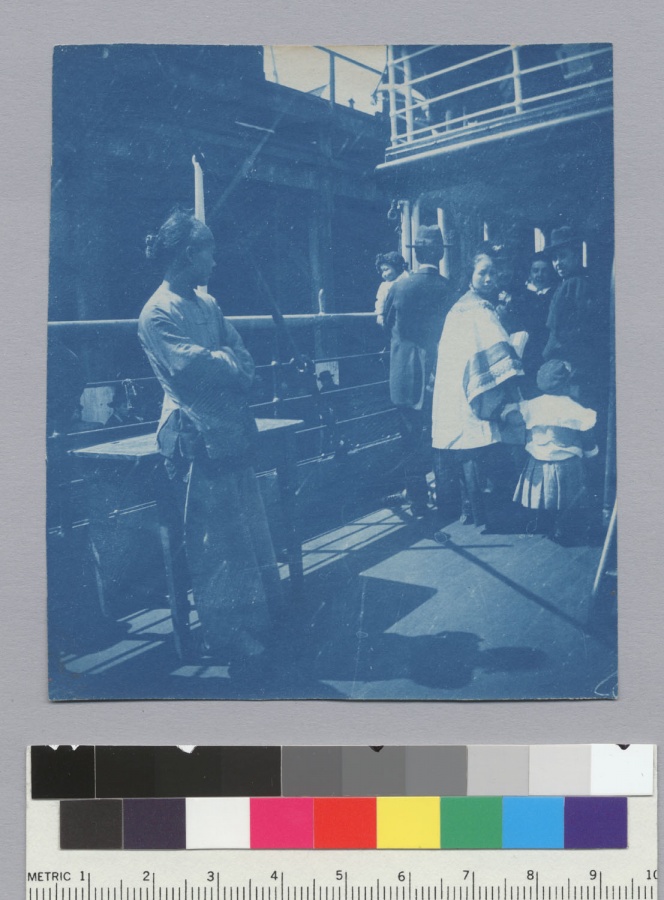 “Chinese on Ferry,” From the Chinese and Westward Expansion The Bancroft Library Guide: Photographs from the Burckhalter Family Collection [graphic]. Year unknown. 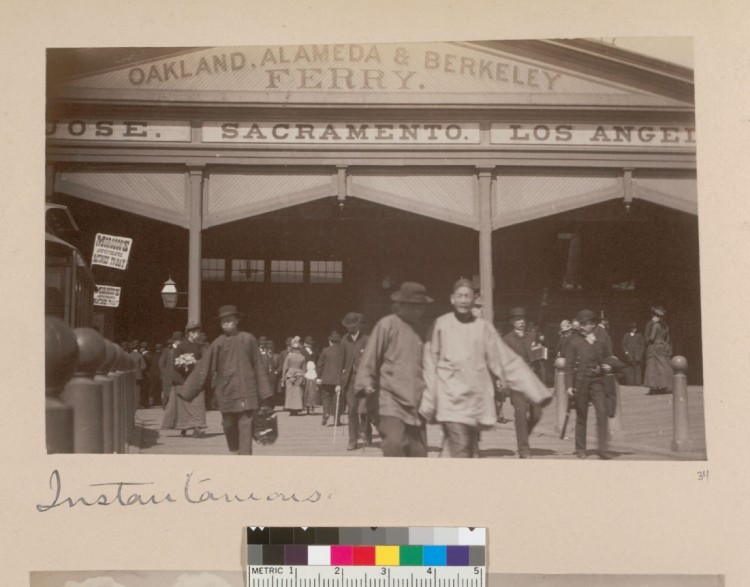 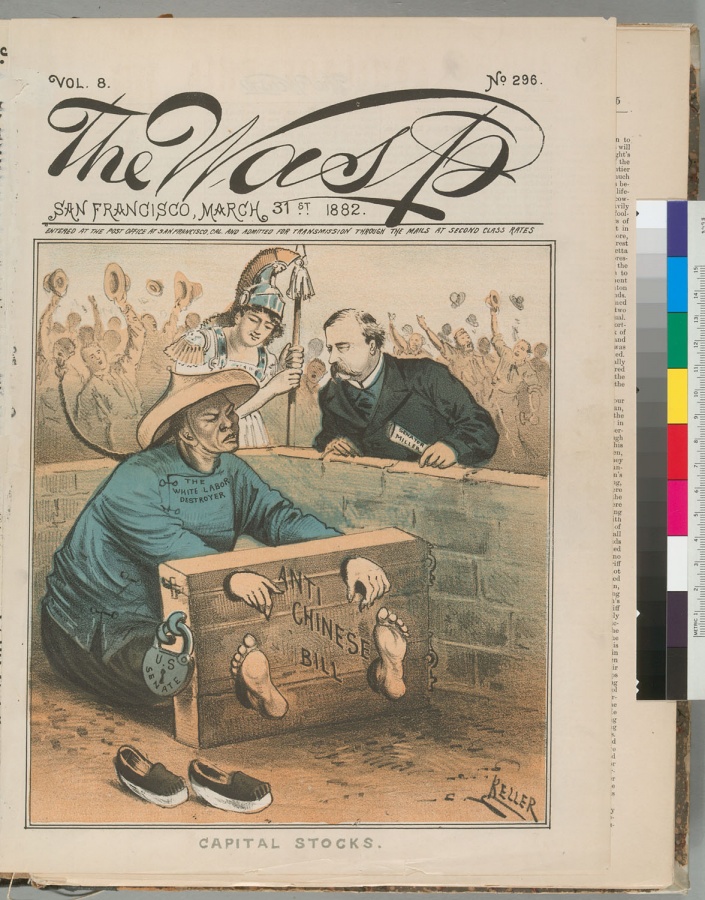 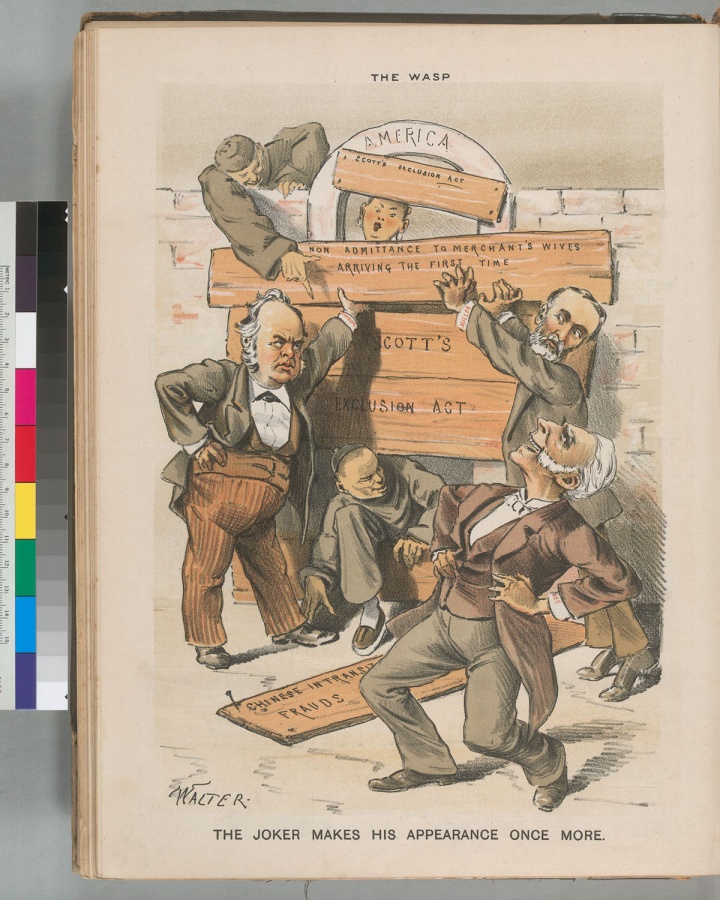 “The Joker Makes His Appearance Once More” [ back cover of The Wasp] Courtesy of the Bancroft Library, UC Berkeley. 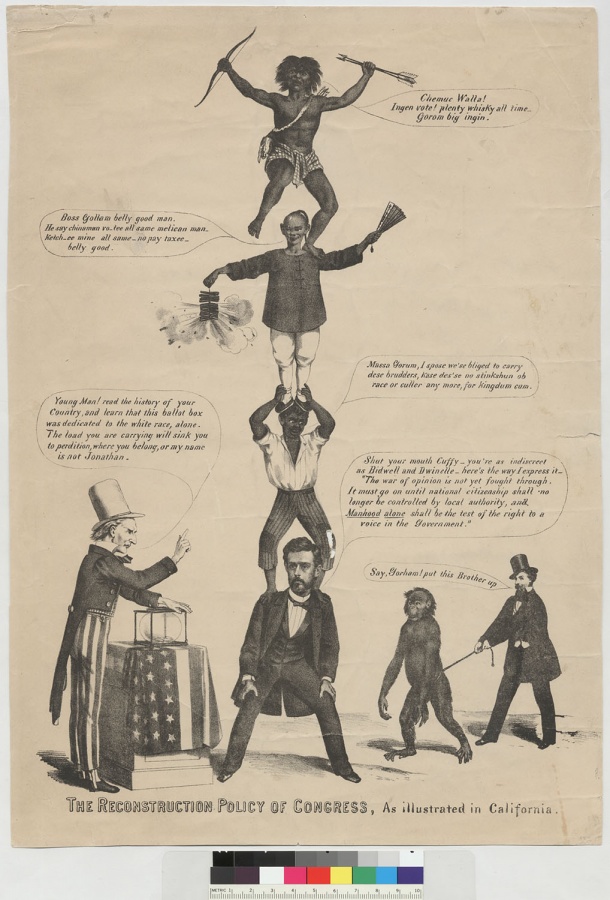 “The Reconstruction Policy of Congress, as Illustrated in California,” [1867?], Courtesy of Bancroft Library, UC Berkeley. 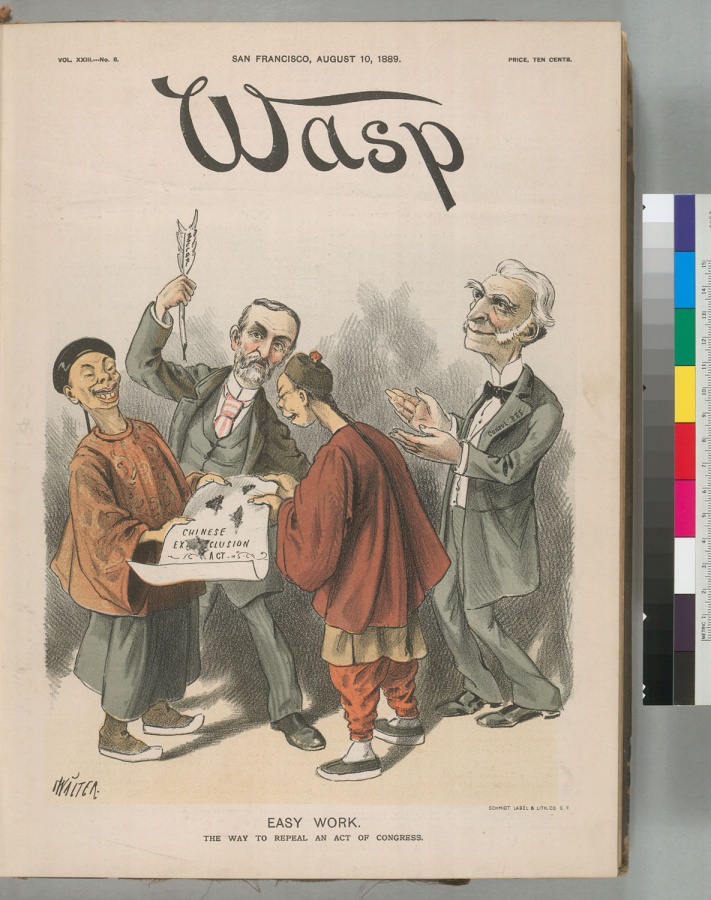 Easy Work. The way to repeal an act of Congress. [Cover of The Wasp], Courtesy of the Bancroft Library, UC Berkeley. 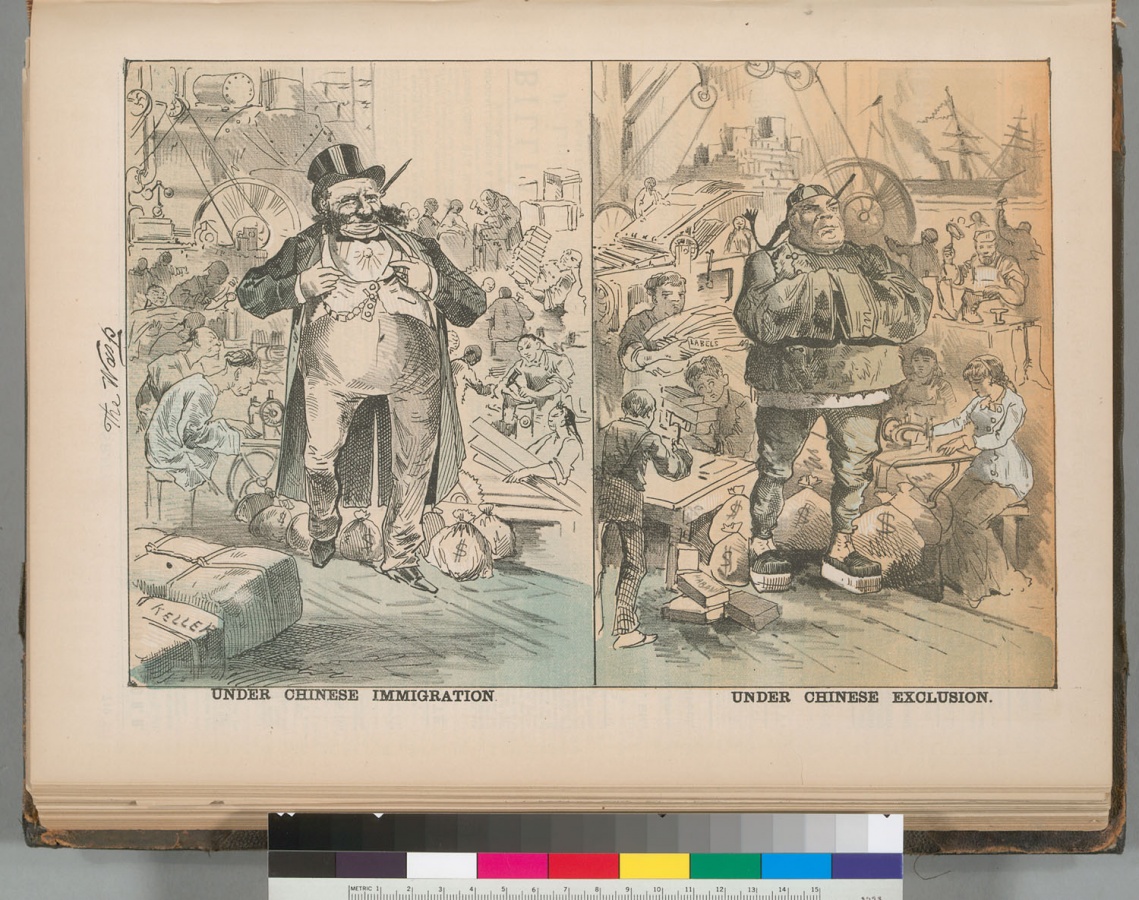 1848: Gold discovered at Sutter’s Mill, Chinese laborers arrive to mine for gold with the rest of the world

1870: Naturalization Act amended to include “Freed Africans and their descendants.”

1875: Page Law: Prohibits contract laborers and Chinese women who might be prostitutes

1888: Scott Act: No re-entry permits for Chinese immigrants or visitors

1892: Geary Act: Extended the Chinese Exclusion Act for 10 more years, ID cards required with pictures to be carried on all Chinese Americans, along with listing defining physical attributes

1913: Alien Land Laws prohibit buying or owning land by “aliens” or those “ineligible for citizenship.”

1920: 19th Amendment gave women the right to vote, but did not include majority of Asian women due to citizenship laws

1922: Ozawa vs. US: Japanese immigrant at UC Berkeley who was married with two children. He only spoke English and was denied citizenship. He was a Christian and temperance leader. He argued in the Supreme Court that Japanese were of lighter skin compared to Italians, Greeks, and other Europeans.

1923: US vs. Thind: Already a citizen of Indian descent, he served in WWI, and was active in the Indian Independence Movement. He argued that “mongoloids” were white

1952: McCarren-Walter Act: does away with racial restrictions on citizenship, but it was anti-communist, anti-gay & lesbian

1965: Immigration Act: Does away with national quotas, establishes preferences