Week 11. “Or Does it Explode?”: A Jazz Renaissance in Harlem and Paris

Required: Introduction to Take the A Train

Required: The Blues, Enviorntemal Catastrophe, and American Culture during the Great Depression

If you have time, I recommend you listen to the first ten minutes of this episode detailing the history of the song “Strange Fruit.” Trigger warning: references to sexual violence, prostitution, and racial violence.

REQUIRED FILM: Salt of the Earth

This week we will watch and discuss our first required feature-length film. Salt of the Earth (1954) was released the same year as the school desegregation cases in the United States. It was almost impossible to find this film for over forty years because it was a blacklisted and banned film. The director, Herbert Bieberman, and the writer Michael Wilson, were victims of the red scare in Hollywood. Bieberman refused to testify to the House Un-American Activities Committee in Washington DC. He was imprisoned because of this. They were accused of being communists and Soviet Union collaborators. The film was particularly suspect as it is a feminist, pro-Mexican American, pro-labor and collective organizing movie which was rare in the mid-1950s. They also cast real miners and their families in the film. The FBI investigated the film’s production and many conservative organizations pushed for its wholesale ban in the United States. While the film does move slow at times, it deploys beautiful low-budget cinematic techniques.

You do not need to turn in a pre-precept or mini assignment this week, but please take detailed notes in accordance with this film watching guide to maximize our class discussion.

We will spend the second half of precept discussing Zora Neale Hurston’s Their Eyes Were Watching God. This is an unusual choice for a Depression-era novel–the usual go-to in a history class would be Steinbeck’s Grapes of Wrath about the Dust Bowl and migration westward. Here, with Hurston, we get a very different story but still one about environmental catastrophe, class, race, and an epic journey. I want to give you a few notes about this book because it can be challenging. First, Zora Neale Hurston, like Alan Lomax, was a folklorist. She was trained at Barnard and Columbia University and was in Harlem during the “Renaissance,” but as a woman had a different relationship with the literary movement. During the Depression, she also worked for the WPA like Orson Welles. She was tasked with going down South and to Haiti to document black dialect, folkways, songs, dance, and mythology. Hurston was struck by all-black towns she encountered in the deep south and wanted to recreate this unique complex world she encountered in her literature and storytelling. While the narrator uses traditional English, Hurston wrote this novel’s dialogue with vernacular and heavily integrates black Southern dialect, rural phrases, metaphors, allegories, and stories. This can make the book (especially that opening chapter) quite confusing the first time you try to read it. To help you out, know that the first chapter is actually the “end” of the story. Janie is returning from her epic journey (which you will read about) to a town that is judging her return. She finds her best friend Phoebe and tells the story of what happened as a flashback along with the narrator. After you finish the book, if you go back and re-read the opening chapter it will make much more sense.

As you read the book I want you to think critically about a few things:

Below you will find optional learning opportunities. I have also provided some of the multimedia I referenced in the lectures.

In the Great Depression lecture, I discuss Gone With the Wind, Snow White, and the Wizard of Oz as Dust Bowl heroine stories that were relatable to millions of Americans who were out of work, displaced due to environmental catastrophe, and often going hungry. Watch these three clips. Think about how Snow White and her woodlawn friends are literally teaching children how to clean dust out of a home after a storm and what is going on with collective organizing. Think about what Scarlet O’ Hara’s poignant speech about starvation and determination meant to women who were defending and providing for families alone during the Depression while their husbands were off in labor camps. It’s hard not to get chills once you listen to it from that perspective and also gives insight into how this white supremacist film became so popular. Finally, listen to the lyrics in Judy Garland’s “Somewhere Over the Rainbow.” Imagine watching this scene as a child displaced by the Dust Bowl dreaming of a better life. “And the dreams that you dare to dream really do come true/ Someday I’ll wish upon a star and wake up where the clouds are far behind me/ Where troubles melt like lemon drops…” All three are gorgeous pieces of cinema, but the emotional weight of what they meant during the Great Depression is profound.

I asked three professor friends who are experts on performance to contribute to “The Show Must Go On” and help us explore the historical significance of some iconic female singers. I hope you enjoy the conversations we recorded.

Duke Ellington & the Cotton Club Orchestra, “Echoes of the Jungle” (1931)

Harlem in a Global Context 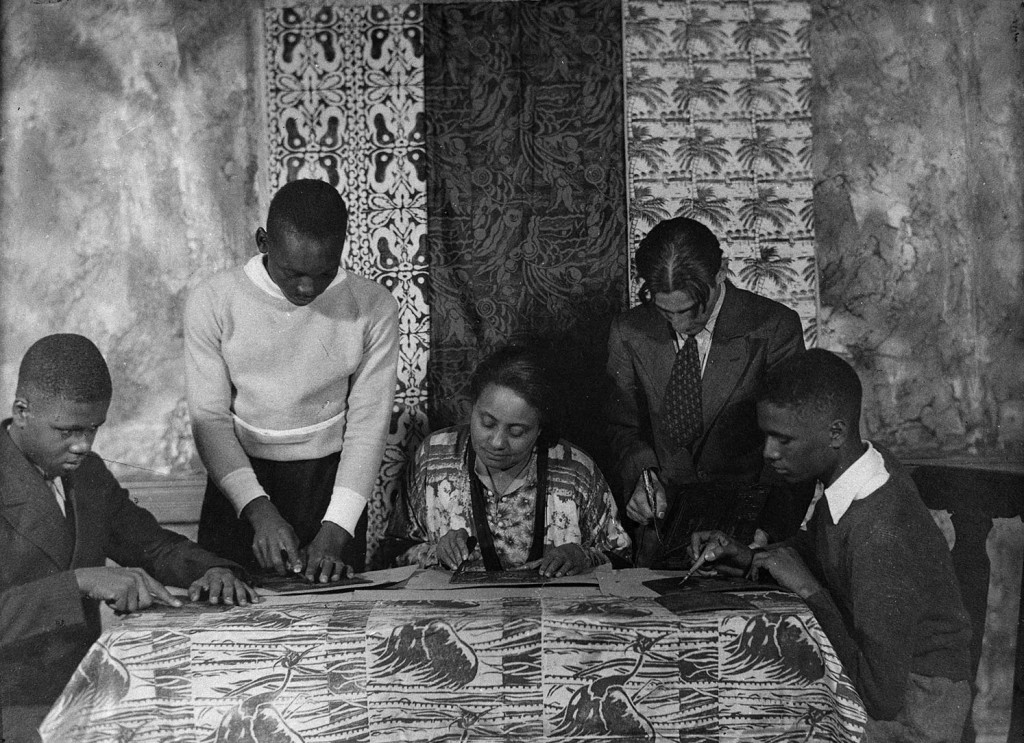 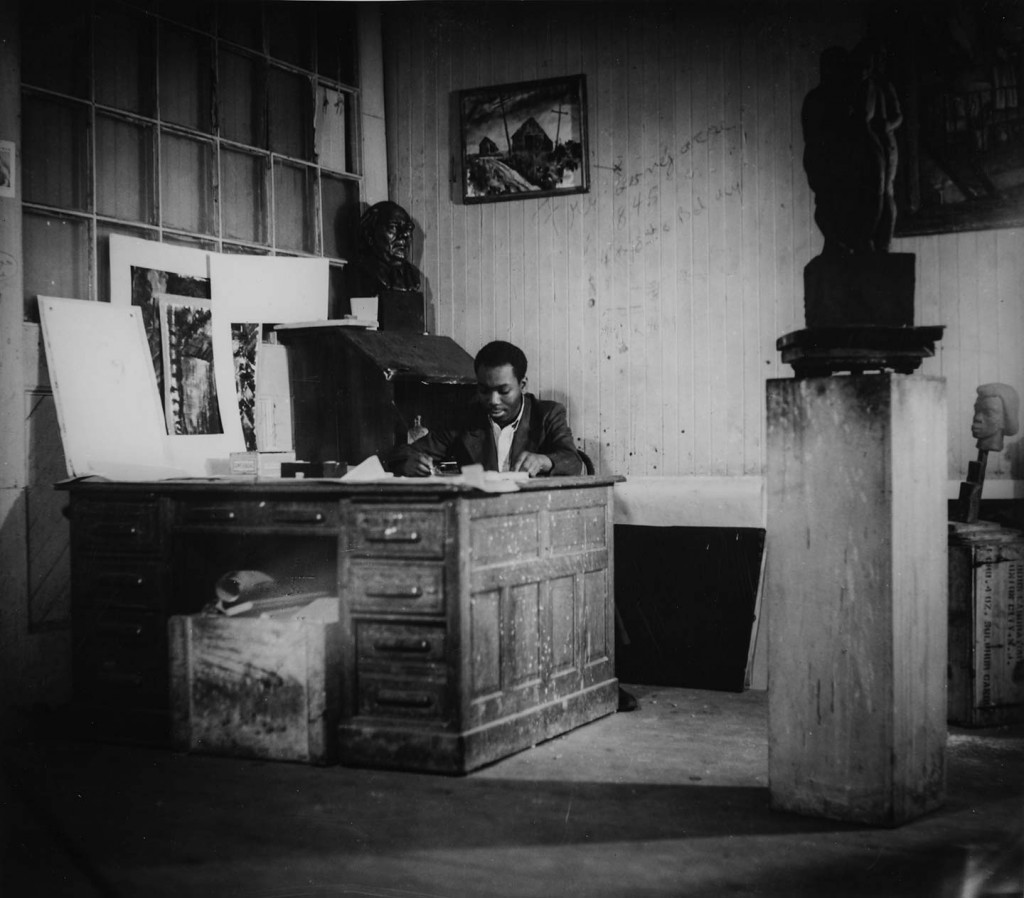 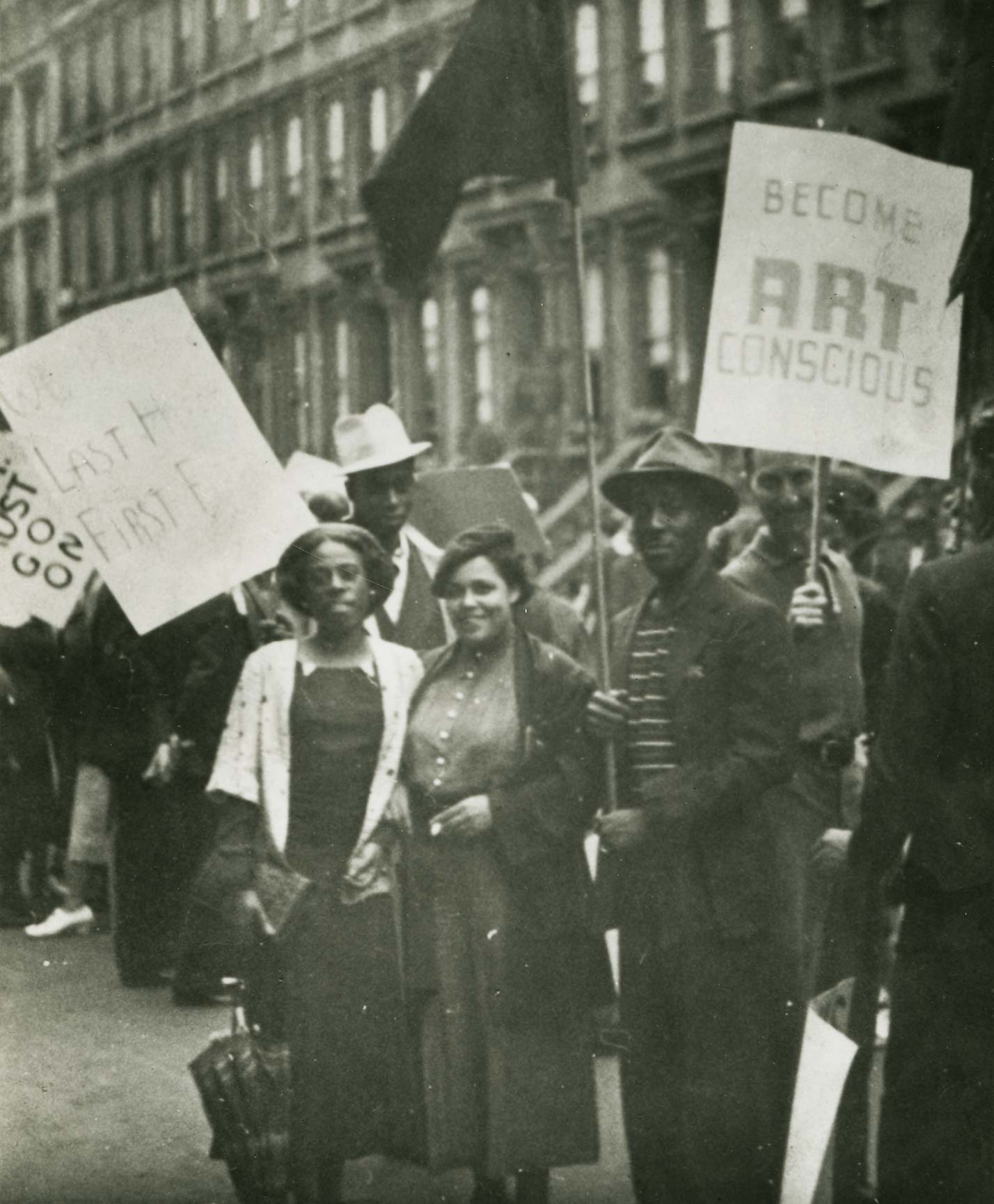 Infographics of the Great Migration: How Many People Left the South for the North and West? When? Where Did They Go? 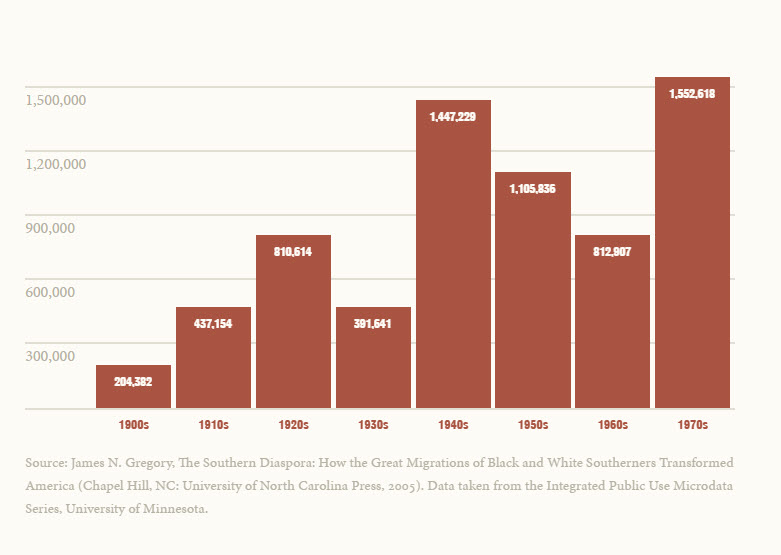 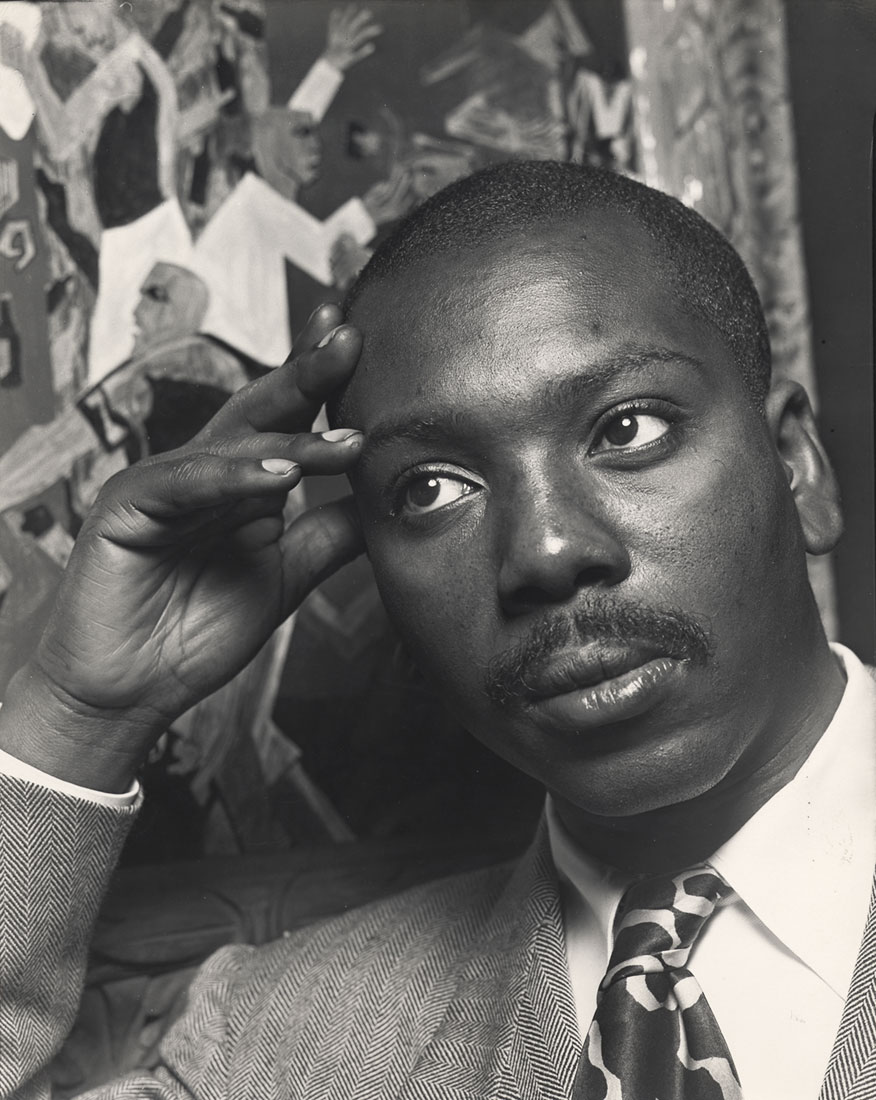 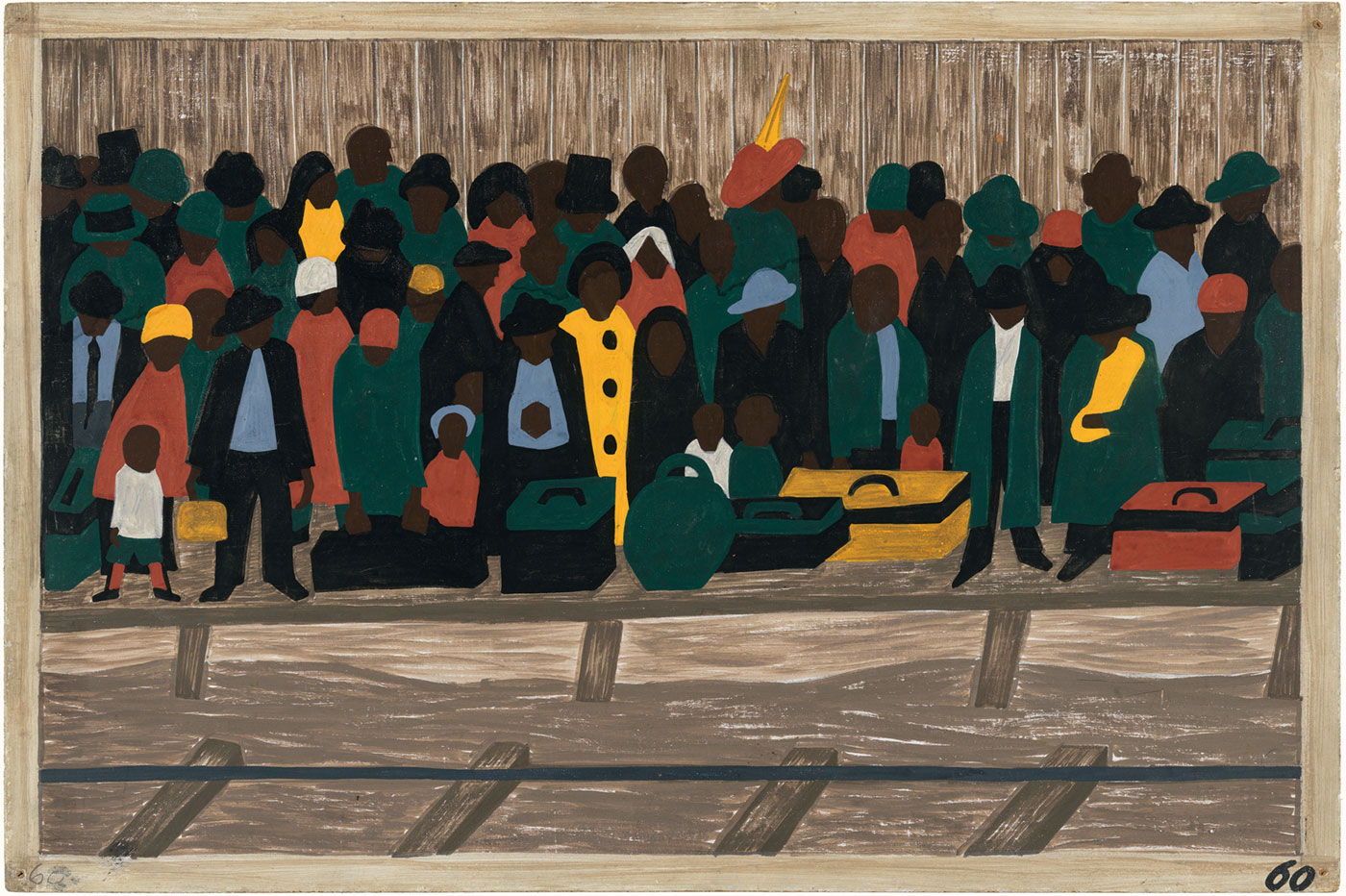 When you listen to this interview with NYU professor Maureen Mahon (Music), think about what Professor Mahon is arguing about the intergenerational transference of performance styles between black women and how that is refracted through Elvis Presley and Janis Joplin.

A Bessie Smith Playlist to Listen to and Enjoy

Here are the three blues songs I mention in lecture. First is Skip James, “Hard Time Killin’ Floor Blues.” Read the lyrics and think about how this song is representing the Great Depression.

Howlin’ Wolf “How Many More Years”

Directed by Orson Welles (War of the Worlds) the Federal Theatre Project under the WPA staged Shakespeare adaptations with all-black casts.